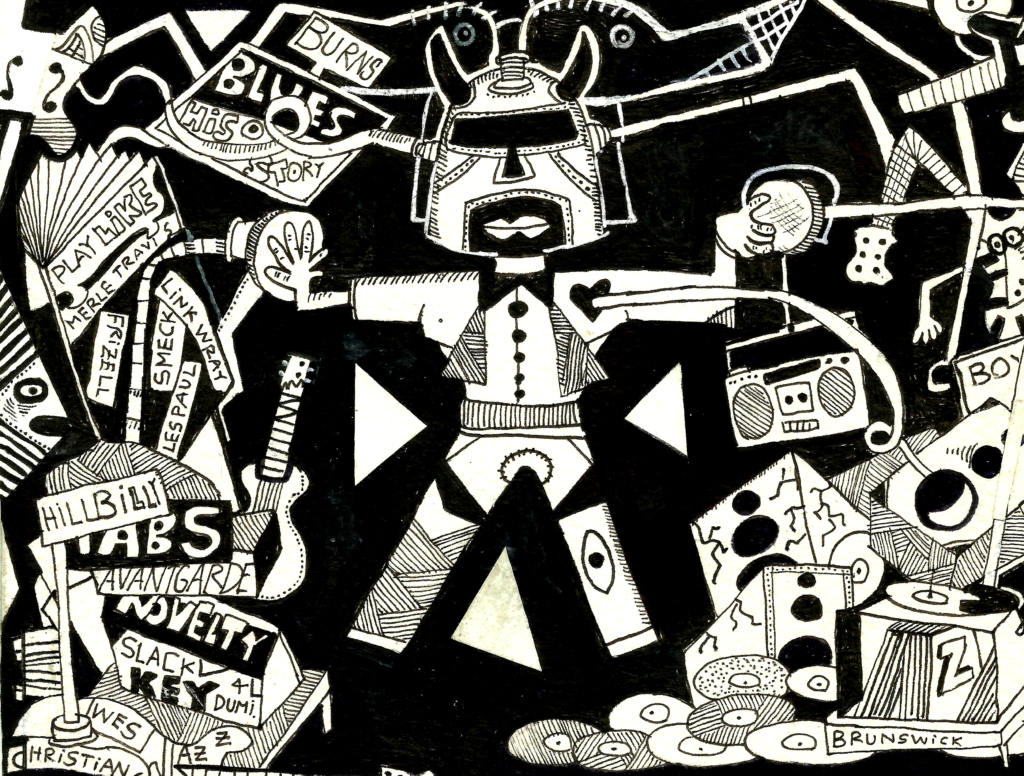 What do these lists say about you? My lists remind me of what guitarist/writer/educator Joe Gore has included in his webpage bio: www.joegore.com/about

I got my first day job: an editor for Guitar Playermagazine…A few hundred articles later…my attitude about guitar changed. I’d witnessed musicians without a shred of conventional skill creating sounds that left me breathless. I’d heard players with more ability than most of us could acquire in ten lifetimes disgorge dismal puke.

My knee-jerk reaction to this statement is that Gore is spot on (although his assessment of players with “ability” is more brutal than I would normally put into print). Upon further reflection, my personal lists indicate that there are plenty of players with andwithout ability that leave me breathless. Absent from my lists are plenty of musicians “without a shred of conventional skill” whose music is also dismal.

So what does that tell me?

It seems obvious: There is no one way to make music. Musicians without a shred of conventional skill and players with more ability than most of us could acquire in ten lifetimes (and everyone in between) can all succeed and fail, inspire and disappoint, win and lose. And most likely all musicians can be flipsides of these coins at any given time.

Conclusion? I will no longer engage in this debate of skilled verses unskilled musicians, it is untenable.

Musicians I like, who almost no one could objectively deny are great players (technical), artists, and composers:

Musicians I like, who are great technically but are arguably not great composers.

Musicians and composers who are great in all fields, yet I still don’t want to listen to them for extended periods of time (i.e. for more than three or four pieces in a row).

Musicians I like, who most people don’t like and I completely understand why (too jarring, too edgy, too weird, too difficult, and some are willfully antagonistic).

Hmmm…this could be a long list of punk bands, so be it…

Hmmm…I think this list might be the most important one to me. These musicians are distinguished in a multitude of creative and refreshing ways, even if many are the least technically skilled, and suffer the smallest audience reach.

Musicians who aren’t necessarily great technicians (not counting vocal ability) but nevertheless make some of the most visceral and vibrant music. (This could be a long list of rock bands.)