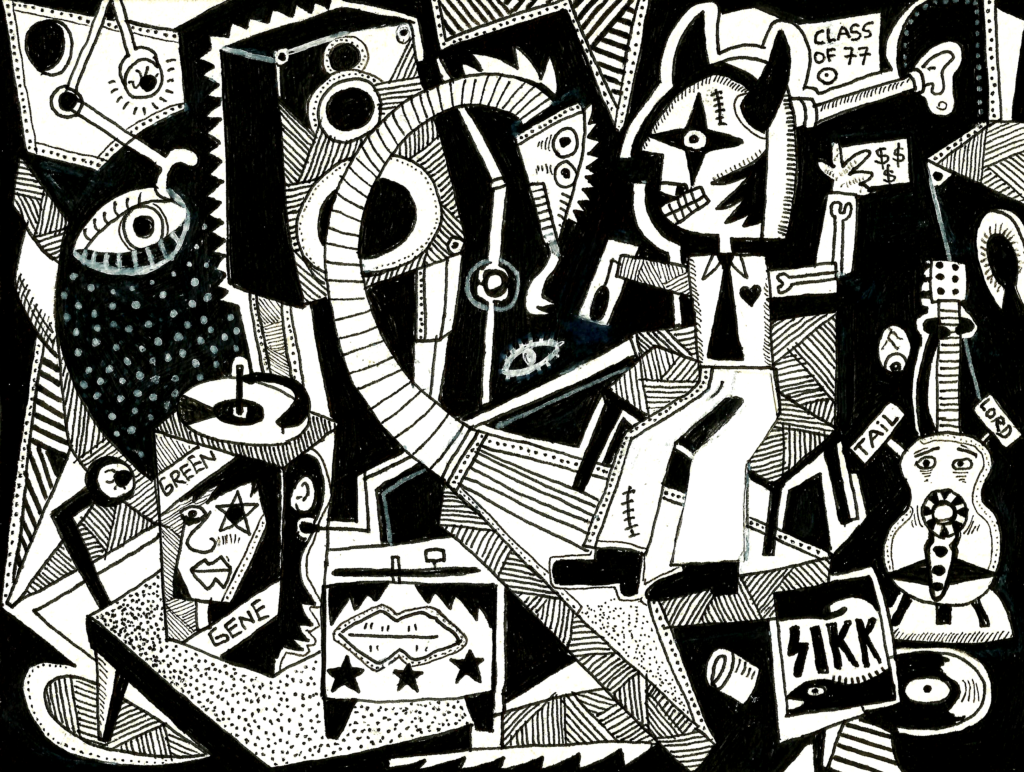 An excerpt from Nobody Knows I’m Famous: A Year In Life Of An Unknown Musician

When I was six-years-old, I told my mom that I had heard a song on the radio and that I’d like to buy the record…but, I didn’t know what the song was called or who played it. Undaunted, my mom took me to a record store in downtown Slidell, Louisiana, and told the tall, wiry teenage clerk that I wanted to buy this unknown record.

“Well…what does it sound like?” He asked, genuinely curious and wanting to be helpful.

Unfortunately, I could only respond with a self-conscious shrug of my shoulders.

The clerk nodded knowingly. He then turned and flipped through the row of 45s behind the counter, grabbed a single with a tan label, put it on the turntable, and cranked it up. “Is that it?” He yelled over Kiss’ “Shout It Out Loud”.

I shook my head with an affirmative waggle, looking back and forth between the clerk and my mom, and grinning ear to earsplitting ear. “We’ll take it,” my Mom shouted with a thumbs-up.

The memory of my shy, wordless exchange between the clerk and my mom leads me to believe that the record I had heard on the radio was most likely not“Shout It Out Loud”, but that hardly mattered: The autumn of 1977 was swarming with first-graders buying Kiss records, so why not me?

This transformative event, and the joyous, primal feeling I was struck by when those stereo speakers started moving Kiss air, was life-changing. It is no hyperbole to say that this was the pivotal moment when I suddenly became aware that I wanted to be a musician. Specifically, I wanted to be Gene Simmons.

For Christmas 1977 my parents (aka Santa) gave me a yellow, pressboard, child-sized acoustic guitar with a colorful, macramé-esque decal surrounding the soundhole. Rather than being grateful, I was annoyed. “That’s not what Gene Simmons plays!” I told my parents. And I never played a note on that guitar (although my Mom still has it).

I didn’t get or play another guitar until my fourteenth birthday. That one, which was also from my parents, I played a lot!

At the age of five, these were the first songs I heard that made me think, “Music is great!” (In the order that I heard them.)

Buy the book Nobody Knows I’m Famous on Amazon.com