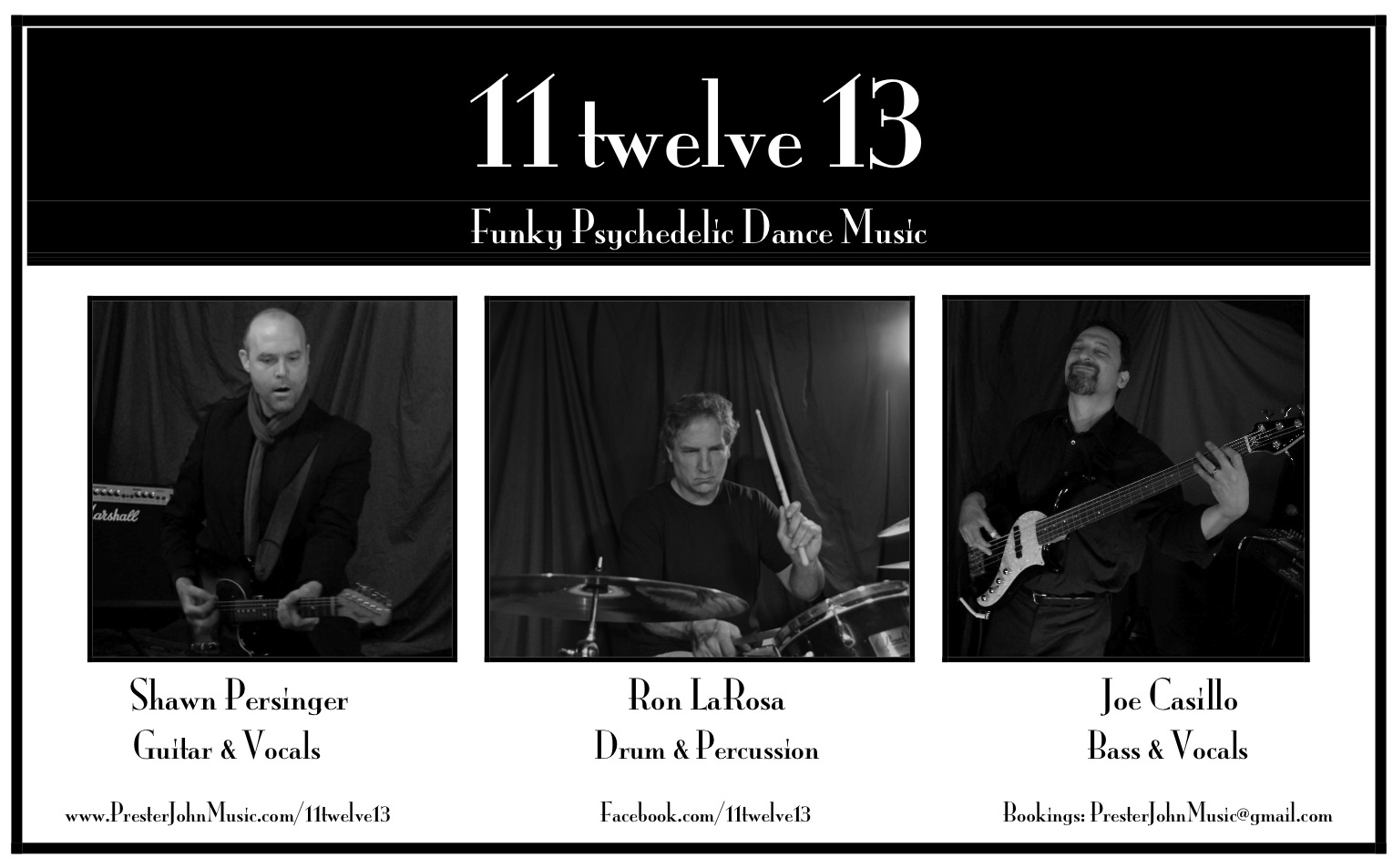 Providing the low end, bassist Casillo is the foundation upon which all rock is funked – solid throughout and virtuosic when called for.

For an audience eager to dance, tap their feet, have their brains twisted, faces melted or just sit and stare 11twelve13 bestow the goods. Featuring three of Connecticut’s finest musicians 11twelve13 is the band you’ve been waiting for.